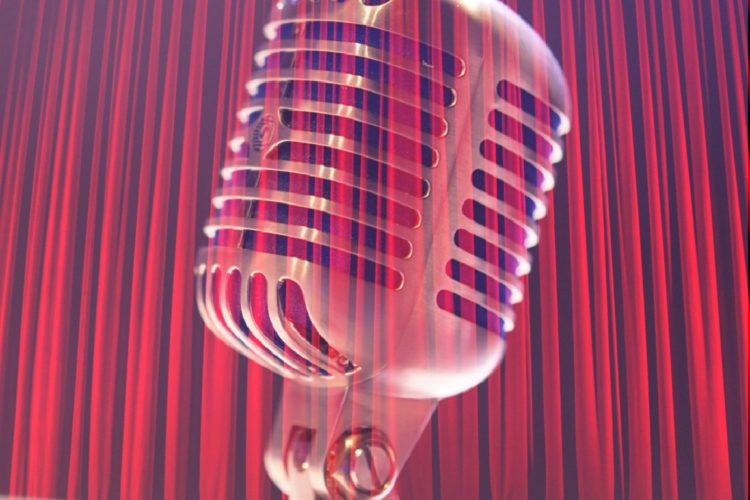 This is a guide to stand-up comedy in Berlin, but first some background…

Where does stand-up come from?

For decades stand-up comedy has been one of the most popular entertainments in the world. It has roots in such traditional 19th-century genres as music hall and variety show. Wikipedia says stand-up is the “freest form of comedy writing,” BUT it hasn’t always been so.

Are there interesting stories from the past?

In the UK until 1968, all comedy acts were censored, and performers had to follow the edited script on stage strictly. In 1972 a famous stand-up comedian George Carlin was arrested for obscenity after performing his monologue “Seven Words You Can Never Say on Television.”

Gradually, the pressure on the industry started to ease, and the boundaries of what is acceptable extended. So much so in 10 years another legend Richard Prior did not only publicly touch upon his drug addiction during his concert “Richard Pryor: Live on the Sunset Strip” but also saw it become the highest-grossing stand-up comedy film.

This record lasted till 1987 and was beaten by Eddie Murphy’s “Raw” that made an unprecedented $50.5 million. The show contained the four-letter word 223 times, which would have astonished George Carlin in 1972.

How are things today?

Now in 2020, stand-up is still hugely popular, with concerts and festivals all over the world, including the German capital. Full of foreign residents and tourists, Berlin boasts wide choice of English comedy shows and established communities. In January alone, there are 157 scheduled events in town, with up to 10 every night.

Which are worth seeing?

Likely the most famous and longest-running English comedy night in Berlin is “We Are Not Gemüsed.” It was established in 2012 by comedians Caroline Clifford and Paul Salamone. Every Tuesday at 8.30 pm, locals and visitors flock to the Sameheads bar in Neukölln to see the seasoned comedians presenting fresh excellent material.

Another beloved concert for the fans of classic stand-up and friendly people only is the “Cosmic Comedy Club” in Mitte, at the bar 1820, with free vegetarian and vegan pizza. On Fridays and Saturdays, selected comedians take the stage to showcase their skills. Alternatively, every Monday and Thursday, there are open mics, sometimes with totally beginners.

In Kreuzberg, one can find a terrific event with curated comedians, and an intriguing name – the “Glory Hole Comedy” at the bar Vogel. Usually, they touch upon universal topics like relationships, dating, cultural differences, the life of an ex-pat in Berlin.. often with dark undertones…
The show is produced and hosted by Anna Beros, a kindergarten teacher by day and a stand-up comedian by night. Even though Anna calls herself “a reluctant Aussie,” she hasn’t stood aside while, far away, her country was suffering from the devastating bushfires. In collaboration with the Australian comedians and musicians in Berlin, Beros has organized a benefit concert and donated all the raised funds to the charities at home. This great initiative proves that humor can be a powerful tool for solving real problems and making a difference.

The local comedy scene would be incomplete without genuinely dark humor. For dead baby jokes and other extremes, there is the one of a kind “Berlin Offensive” at Z-Bar in Mitte. Since 2017 professional comedians make people both laugh and squirm, so a free shot would be handy.

The exact opposite is a show designed specifically for parents and their young children. It is called “Stand-up you Baby!” and is held the last Tuesday of every month from 11 am to 1 pm at a baby-friendly Milchbart Kindercafe in Prenzlauer Berg. Some of the comedians are also parents; however, they all bring adult content. Fun fact – one of the performers is a co-founder of the “Berlin Offensive.”

Another original art form in Berlin is a fusion of comedy and poetry. The only show of this kind is Neukölln’s “On Fire,” and it is supposed to make people laugh and cry at the same time.

Is there only stand-up?

It is amazing how vibrant and inventive Berlin’s stand-up scene is. There is so much more to it than the good old rehearsed acts. One of the peculiar formats is a comedy improv when teams of actors compete, taking audience suggestions and making up hilarious situations and characters on the spot. As a result, every time spectators get a unique, fully-improvised performance that they can influence directly.

One of the great improv teams is “ComedyShorts.” They do “Friday Night Improv” at the Comedy Cafe Berlin in Neukölln and “Saturday Night Improv” at the 800A bar in Wedding or at Belushi’s in Mitte. On the “CCB Improv Jam,” anyone can join the actors and have fun on stage in a relaxed atmosphere. The hosts change every week, so the play remains fresh and unpredictable.

Wow, improv is so broad!

Improv seems to be embracing every possible format of entertainment, even late-night shows. Usually, on TV, they are all well-scripted, but “The Late-ish Show!” created at CCB is far beyond that. This is a fully-improvised comedy with a wildly twisting plot.

The improv wave has also naturally blended music in the genre. In 2017, Berlin’s first musical improv group, “Rollercoasters” was formed. All it takes to keep this insane thing up are audience suggestions and a great mood.

Is the Comedy Cafe Berlin special?

Comedy Cafe Berlin (CCB), the temple of Stand-up comedy in Berlin, is a soundproof 157-meter square theater with 70 seats. It is the first international, alternative comedy stage in the city that hosts most of the local comedy events.

It is also a place where stand-up and improv regularly clash. On a Saturday night show called “Stand Up vs. Improv,” two teams try to sound convincing and hilarious while addressing random topics displayed on a screen behind them.

Are there any other exciting locations?

Those who look for outdoor entertainment should consider “Comedy Walks,” a guided tour around the East Side Gallery, and along the River Spree. Groups are led by an experienced comedian with dark humor, who kindly asks sensitive people to abstain from taking the tour.

High-quality comedy has spread across all media in this city, including water. Every Monday from 8.30 pm, screams of laughter are heard on the river Spree from the Floating Lounge boat. It means “Laughing Spree” is in the full flow. This unique show features experienced local comedians, as well as guests and first-timers.

We disembark and discover more..

Back on land, there is another remarkable kind of comedy – storytelling. It is longer than a stand-up but no less striking. Especially because all the stories are true and told first-hand. This genre is yet not so heavily marketed in Berlin as improv. Still, there are already two notable events. The first one is an open mic “Four Eyes” at a cozy restaurant TZOM in Kreuzberg. Every time it brings together 6 to 8 storytellers. The second one, “The Yarn,” is a showcase by experienced presenters, held every 1st Saturday of the month at CCB.

Some stories become news, and they need to be laughed at too. Now it is possible thanks to the “Berlin News Quiz,” where 4 talented comedians compete to give the brightest and most informed perspective of the past month’s news.
Apart from entertaining, humor can also serve as a remedy in challenging situations. Specialists from “Comedy Therapy” will carefully review every case and give a piece of valuable hilarious advice. The group appointments are every Tuesday at the Wall Comedy Club in Friedrichshain.

What about diversity in Berlin’s comedy scene?

Despite the multitude of genres, the world of comedy has always been a man’s world. Fortunately, Berlin is a unique city where everyone is welcome and free to create and achieve.

On the 2nd Sunday of every month at CCB, a group of the best female improvisers presents their hilarious live talk show “It’s That Time of the Month!”. While the funniest women of color bring their “Woke Panties” event from Wedding to Neukölln, Kleinod bar and commit to leaving everyone in stitches.

Women, trans-women, and non-binary are encouraged to shrug off doubts and fears, come and perform or sit back and watch the “Shows before Bros” at Be’kech bar in Wedding.

A night of dangerously enchanting comedy by the charismatic and unstoppable women fighting against patriarchy with humor. That is “WITCH HUNT.” The next sabbath is on the 25th of January at CCB.
And finally, the potential champion of diversity and inclusion in Berlin’s stand-up – the open mic “SAUCE” founded and hosted by a comedian Josie Parkinson. She prioritises women, LGBTQIA+, trans*, non-binary, disabled, non-white, or any mix of those. Straight white cis men still can perform on “SAUCE,” though. It is a cool place where no one is mean to others.

A bit of a metaphor at the end

Undoubtedly, the current state of the stand-up comedy in Berlin can be described as blooming. It is indeed like a cherry tree but the one with flowers of all imaginable colors and dozens of curvy branches finding their way to the light. Most importantly, this tree feels so good because it grows in the soil of freedom.

Get in touch to join our summer magazine project in Berlin!