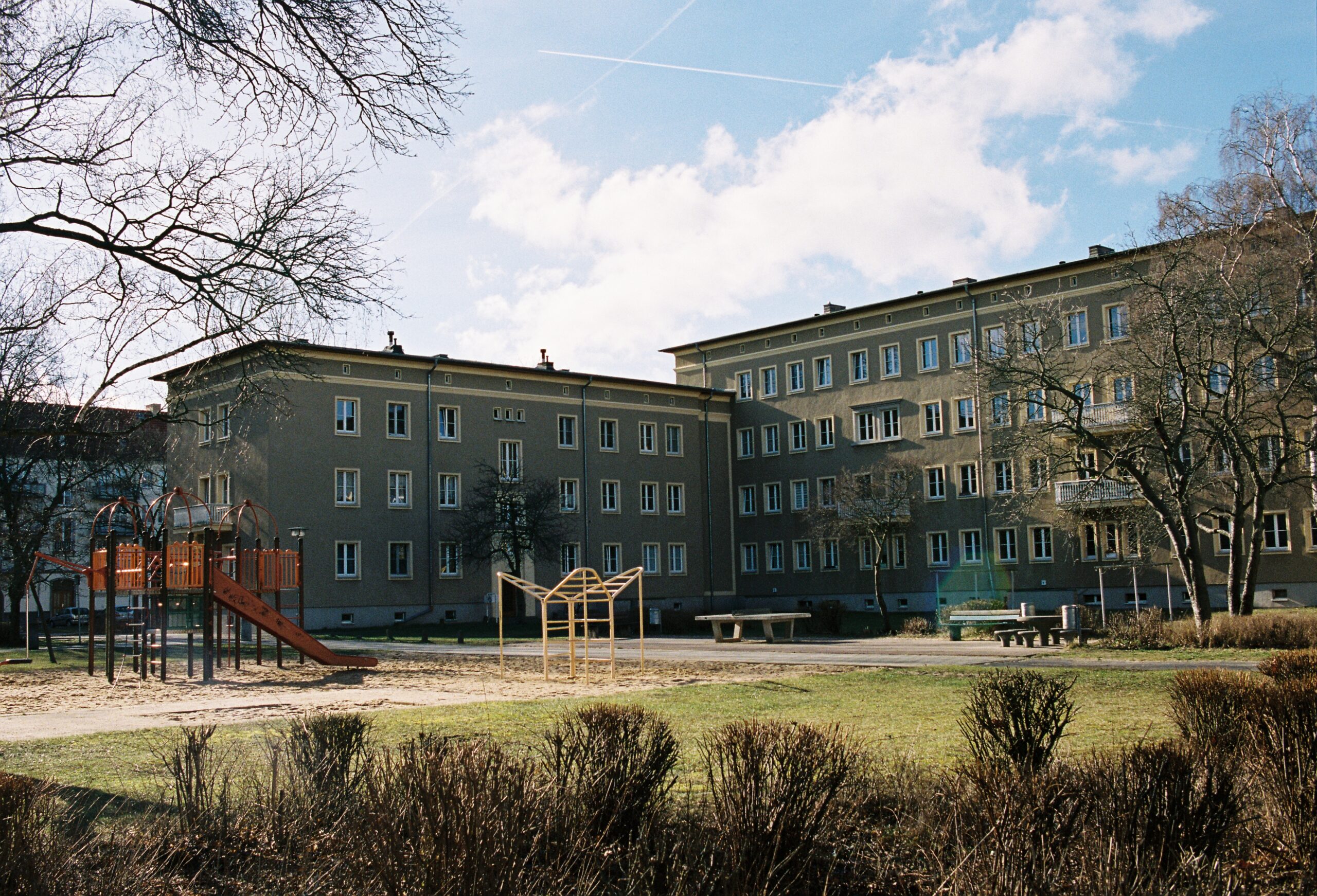 Welcome to the largest monument in Germany – a sleepy city steeped in history.

Founded in 1950, Eisenhüttenstadt is technically the newest city in Germany. It was known as Stalinstadt between 1953 and 1960, and was built to be a shining example of the socialist doctrine. Although the city resembled many of its Baroque predecessors, there was no opulent palace or monarchical iconography. Instead, all roads led to the factory. It was the factory, the place of work, that was meant to give meaning to the citizens’ lives, providing them with everything they needed to prosper.

The four main sections of the city were all nearly identical, each with its own school, playgrounds and shops. The idea was that your community was your family: you could leave your doors open, let the children roam free, build lifelong friendships with your colleagues and neighbours and, most importantly, achieve equality with your fellow man by engaging in the same work – the work of the factory. There’s no doubt that this idealistic endeavour was envisioned as a utopia of sorts, and for a time maybe it was. After all, the residents of Eisenhüttenstadt were said to have one of the best lifestyles in the DDR.

The design of the city was deliberately intended to move away from the conventional housing-estate style that is so often associated with socialist projects. The architecture and layout of the city even now is pleasing to the eye – there’s plenty of open green spaces and the low-rise buildings are filled with light. Each quarter was adorned with artwork, statues and mosaics, presumably to add a sense of meaning and cultural significance to an otherwise same-y city design.

The city enjoyed an economic upswing until the late 1980s, causing a rush of prefabricated housing projects as new residents poured in. However, after the fall of the Berlin Wall, job opportunities at the steelworks became scarce and an exodus of residents began. What was left was an excess of abandoned buildings and empty sites that had once been bustling with life, many of which remain to this day.

Luckily the original city has been preserved, and now serves as the largest monument in Germany.

The city’s outskirts are a rather haunting apartment block graveyard, with demolished and abandoned tenements covered in graffiti, all boarded up. The remaining central monument of the socialist city has remained largely untouched though. As you cross the canal from the outer section of the city, you’ll wander down the main street, the Strasse Der Republik. Here you can see some prime examples of the architecture in Eisenhüttenstadt, as you travel past the elegant Rathaus (city hall) and the vintage post office – you can take a close look without feeling awkward, as you won’t encounter many people.

As you move further into the city, the essence of the place wraps itself around you – it is eerie and unnervingly quiet, even in the middle of a sunny Saturday. It feels almost like walking through a museum (which you kind of are), and yet remarkably there are a lot of people still living here. You see them through the windows, you see the curtains being drawn, and you know that people are in there, but it feels off, almost as if they are actors playing the role of the city’s inhabitants. Imagine the Truman Show based in a desolate German Socialist town and you won’t be far off.

So, what can you do there?

Besides the mandatory walk through the old socialist city, there are a few other worthwhile endeavours in Eisenhüttenstadt.

This museum of “utopia and daily life”  is located right by the old city centre, and is home to over 100,000 DDR objects – movie posters, maps, propagandist literature and materials, clothes and black and white photos of socialist families.

This restaurant was one of the main places in Eisenhüttenstadt for the residents to let off steam. Originally it was a spacious restaurant and café with a large dance floor. These days it’s been renovated, but you can still see remnants of its original features. Expect classic German food (predominantly schnitzel) but don’t expect special treatment as a tourist.

Furstenburg and the Polish border

Furstenburg is the small town on the Polish border that was there long before Eisenhüttenstadt formed in 1950. The streets here are narrow, the buildings are gothic and you’ll find some creepy churches that bring The Exorcist to mind. Keep an eye out for the hammers and sickles etched into the buildings.

This article is written by the Treetop Travel Journalism team, and features in the ‘Insiders Guide’ to Brandenburg. All photos taken by Carolina Tkacheva